My Wife Shaved Her Head in Kansas

written by Danny Zee jump down

I really couldn’t understand why my mother-in-law was sobbing.

I thought I was being abundantly clear. Which was frustrating the heck  out of me because I really can’t stand it when women cry. (I really don’t like it when anyone cries, to be honest. It’s super awkward. For this reason my wife has determined me to be mildly autistic.) All I told her was that every decision she’d ever made in life was probably the wrong one.

But, I mean, the look on the bright side! Now she knows! Right?!

*sigh* My poor, poor mother-in-law. She puts up with an awful lot.

By way of a Jewish prophetess doing reasonably popular YouTube videos that are, in all honesty, far lengthier than they have a right to be, given their popularity my wife stumbled upon an energy healer and Reiki master who has decided to hop, skip and jump her merry way into fashion. And, as with all great things, she decided to implement her special breed of woo-woo into the mix and has created a concoction that is not only wildly commercially successful, but also incredibly beneficial to the public at large.

Carol Tuttle. The sassy-as-hell behemoth of internet marketing and all things amazing empress of Dress Your Truth, which seems to be a subset of Live Your Truth – but honestly, as long as you’re doing something with your Truth (as long as it’s not denying it) who the hell cares, right? It’s all gonna be pretty sweet, I reckon.

So, my wife was absolutely and 100% sucked into this. I mean, holy scha-moley did Carol do a sell job on her! My wife, the not-to-be-sold-to. My wife, the take-your-wares-and-shove-them-up-your-rear. My wife, the woman who would, as David Spade so eloquently put it, ‘sell a ketchup popsicle to a woman in white gloves’ and will not be “sold” by anyone, went for the bait on this like I’ve never seen her gobble up anything else.

The crazy thing? It’s not even like Carol needed to do any hard selling. This offer was just so ridiculously appealing that she simply couldn’t pass it up.

Now, she and I both have the habit of putting people into neat little boxes based upon all sorts of things: Zodiac, Chinese Zodiac, Myers Briggs, The Enneagram – I mean the list goes on. (I’ve even gone so far as to run an analysis of everything that I am and compare it with other famous people to see who I most closely align with. I even did a Venn diagram to show it in vivid visual detail! And, I don’t wanna brag or anything, but me and Cameron Diaz? Practically twins.)

But, when Baby got a hold of Carol (or, rather Carol got a hold of Baby) it was like, “STOP THE PRESSES! HOLD EVERYTHING!” All of a sudden, I couldn’t take a sip of coffee without my wife saying something to the tune of, “You’re such a Three.”

I mean of course I asked! She told me all about what a Three I was. How my descriptive words were dynamic and rich and textured.

Things started changing quickly. My wife, a typical summer-dress, barely-there flowery panties, hair in a cute and unthreatening style with nails the color of Tropical Skittles type, started dressing in blacks and reds! She started demanding sharp haircuts that were bold and striking! Everything on her needed to be high contrast or, paradoxically, no contrast! And, if Carol was reading this, she would know what Type my wife is from the first reference to black. (FYI, she still wore those barely-there knickers (hallelujah!) but now they were jet black, or hot pink.) 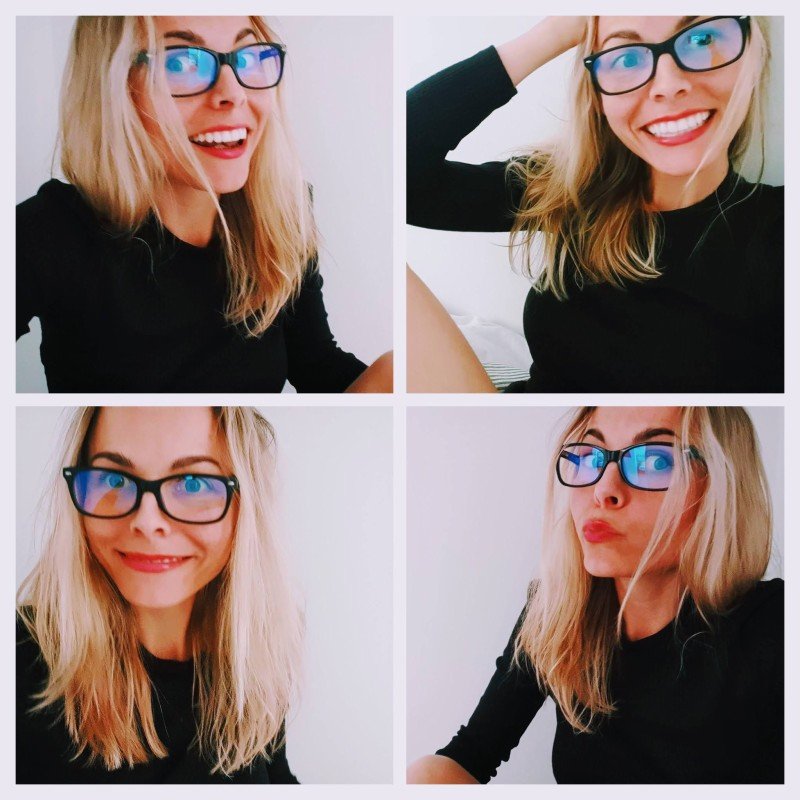 See, because I know my wife is a bold, take-no-prisoners, ‘screw burning the bridge let’s blow it up’ type. She’s ‘fast, and thorough, and sharp as a tack.’ (As a matter of fact, she is who the song Short Skirt/Long Jacket was written for, without a doubt.) But, the problem is that she would always dress in a totally non-threatening way. When, in actual fact, who she is as a person is the flesh and blood equivalent to a box cutter. Fluorescent orange, razor sharp, and dangerous as hell to idiots.

However, because she was always so flowery, light and easy-going in appearance everyone who looked at her thought she was the Type of person who would gladly listen to their problems and ‘poor baby’ them, offering them nothing but kisses and cuddles and affirmations that they ‘deserve so much better!’ When, in actual fact, who she is on the inside is: 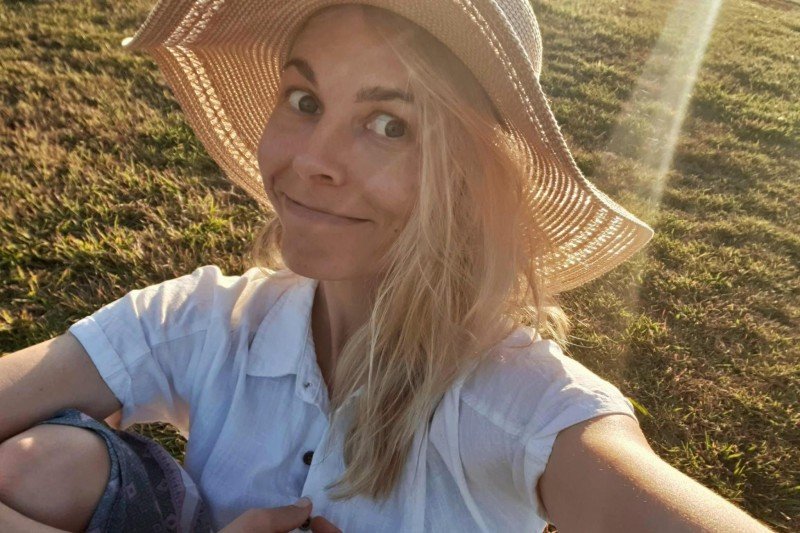 But! Because my wife was raised to be the paragon of politeness, she would never actually tell these poor souls what she wanted to tell them (which would make them cry, but in a good way), and eventually find a way to either: A) avoid them at all costs until they got confused and wandered away to find someone else to coddle them. Or, B) do something that would blow the bridge between the two of them to smithereens. (Like pretending to have food poisoning on the day of their wedding so as not to make an appearance and then accidentally butt-dialing them and talking about the great charade while leaving a five-minute message for this person to hear on their honeymoon.)

Yeah, there is nothing left of that bridge, I’m afraid.

But! When she found Carol Tuttle, and C-Tutts (as I’m fond of calling her) informed her that she’d been dressing all wrong, and that she basically needed to overhaul her whole wardrobe (and lifestyle) to honor her Truth – things started to change. These whiney people stopped coming up to her. Why? Because she was stating her truth to the world loudly, boldly and with extreme conviction.

Whiney people don’t want to tell their problems to my wife anymore because they can tell by her coloring that she’s dangerous, and will expect them to radically alter their lives to eliminate the cause of their whining. (And whiney people rarely want to stop whining.) 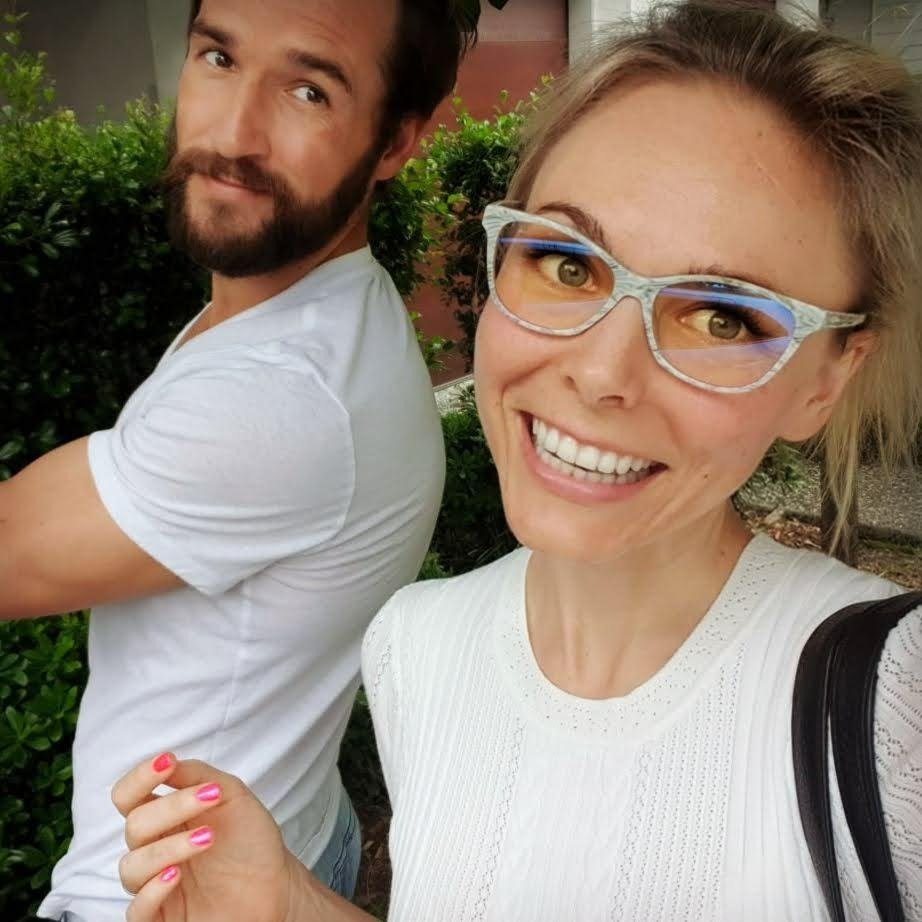 Then, it was my turn. As it turned out, I was dressing very much like a fun-loving, easy-going Type who wouldn’t really challenge anyone. When, really, I love to challenge people. I love to send them over a glass of Called B.S. like some neat Fireball. It smells strong, burns on the way down, and kicks like a mule.

But, I wasn’t being honest with the way I dressed! I was practically setting a trap for these poor unsuspectings to come and be vulnerable with me whereupon I would shred their entire existence so that they could rebuild. I would hit them with a depth and breadth of wisdom and insight (in all humility) that would leave them reeling, weeping, and wondering how anyone so pretty (in all humility) could drop such profound knowledge like a perfectly-timed mic. (At least, this is what I reckoned they wondered.)

Like… my poor mother-in-law. Probably my sister and brother. People close to me that I had no intention of hurting! I have a lot to offer the world and there are people out there (like you) who appreciate it as long as you know what you’re getting. But, seriously, bait in a trap is as close of an analogy as I can give to what I was doing to people. These poor defenseless creatures couldn’t see that I was quite dangerous (or likely to be). They didn’t have the vision. They couldn’t understand how something could look so enticing and yet hurt them so very badly. 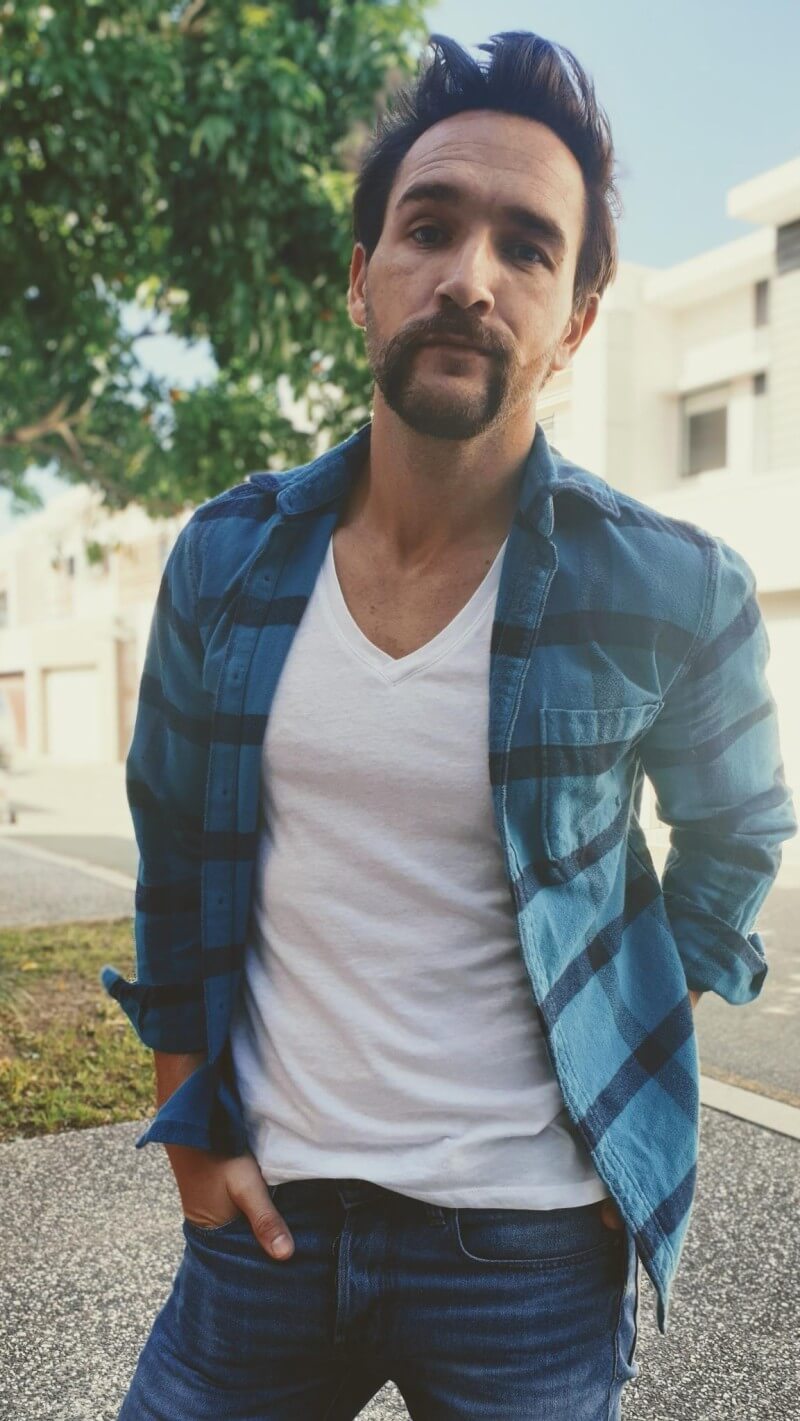 So, I just needed to start dressing on the outside the way I was on the inside. No more miscommunication. No more tears due to unsuspecting people walking into the trap. If there are tears, it’s because they know what I am and they know I got the cowbell they need. They can then rebuild, and go on their merry way.

I also needed to start owning that aspect of my personality. And, the fact is, the way you dress on the outside is the way you think you should feel on the inside. But, you see, I’m not a chicken. I’m a peacock. And this peacock had plucked its pristine plumage long ago and taped on the white feathers of a mother hen. This was misleading. I needed to strip myself bare (hello, ladies) and allow myself to grow into who I really was.

I’m not everyone’s glass of sweet tea. I’m the glass of bourbon that the select among us can appreciate. 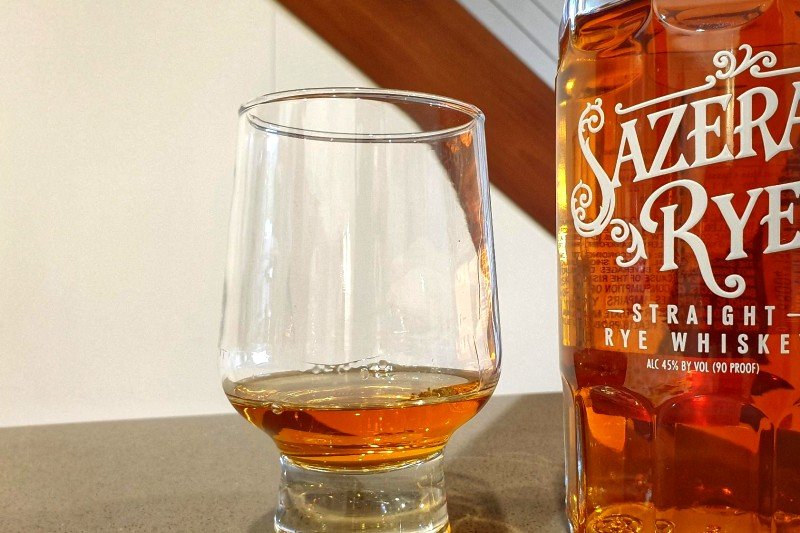 Through this whole process, we both (not to mention our child) lost a fair chunk of our respective wardrobes. Matter of fact, some of the accessories she’d been wearing were given to me. Then, we went shopping!

Ordinarily, I’m not one for shopping, but this time it was fun. I mean, I tend to believe that I look pretty good in just about anything, but this time I knew I was adorning myself in garb that would prevent the kind of teary explosions I was used to causing. So I was all in. Don’t worry, down below there’s a whole before/after gallery, along with my comments.

But, the point is, good people, are you Dressing Your Truth? Are you living your Truth? Are you portraying yourself outwardly in a way that lines up with your energy movement through this world? Like me? Bulldozer. I keep pushing and pushing, leveling whatever is in the way of me and my goal. If that includes you and your boundaries, so be it. It is God’s will that you experience this, and I’m happy to do His work.

That might sound horrible, but if you saw that you were in the way of a big dirty bulldozer that was steadily marching toward you, would you get out of the way, or let it roll over the top of you while you weep in the mud?

Okay. What if that bulldozer was projecting a hologram that made you think it was actually a devilishly good-looking puppy with a box of chocolates in its mouth? Now you get it. I’m being exteriorly honest (Truthful) about the way I am so that you can GTFO of my way, if you’re so inclined.

Will it work for you? I suspect so. Unless, of course, you’re already Dressing Your Truth. While you may be in part, it’s unlikely that you’re doing it 100% of the time. And, how often do we want to be honest about the way we are? Yes, that’s right. All the time. So! Head on over to Carol’s website. There are four energy Types. Which one are you? It’s easy to find out. Submit your email, get the free course. Figure it out. Then start projecting yourself in a way that is in line with the way you are internally.

Your life will get way better. And that’s a guarantee straight from the big, dirty bulldozer, himself.

Prior to his make-over living untruthfully, in garb. 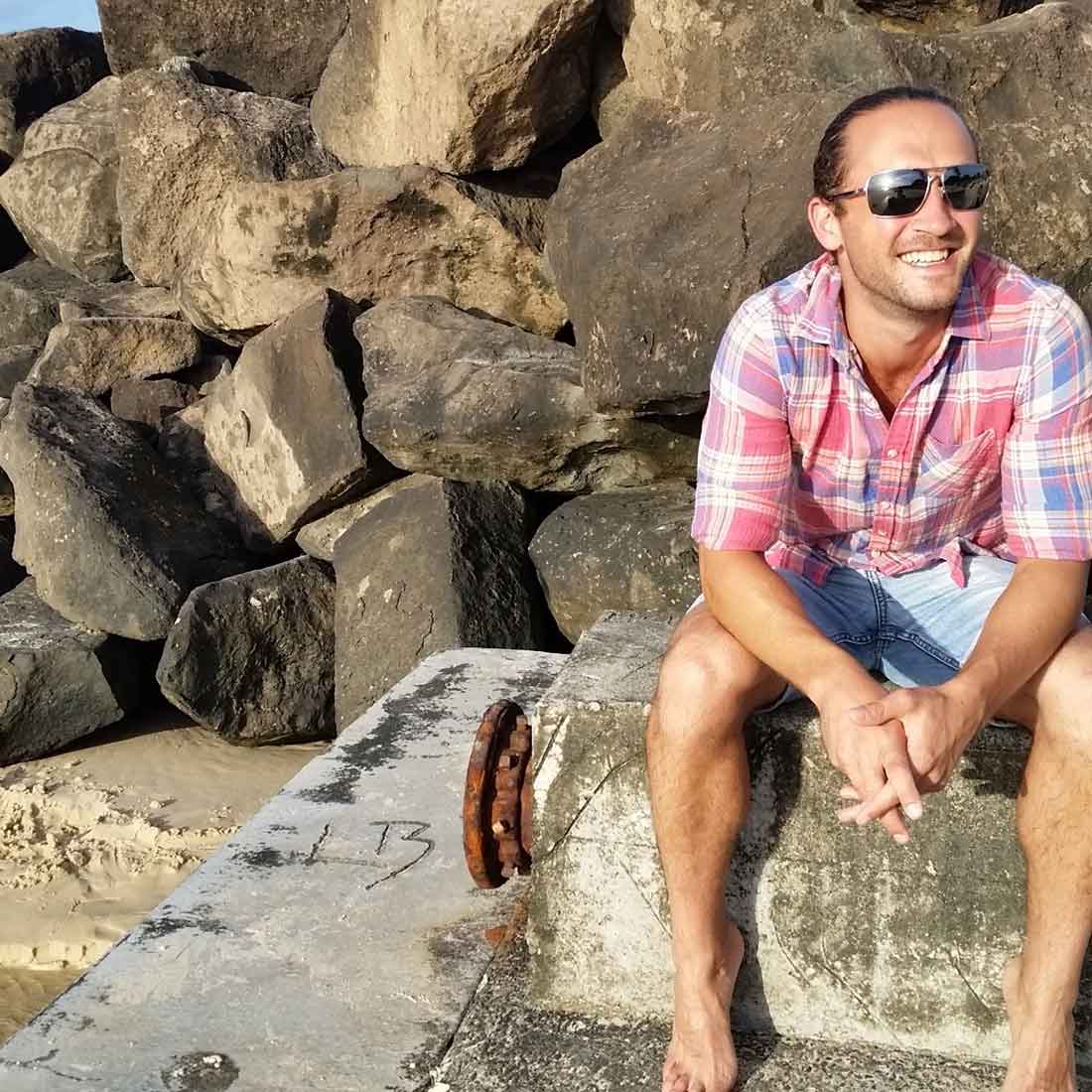 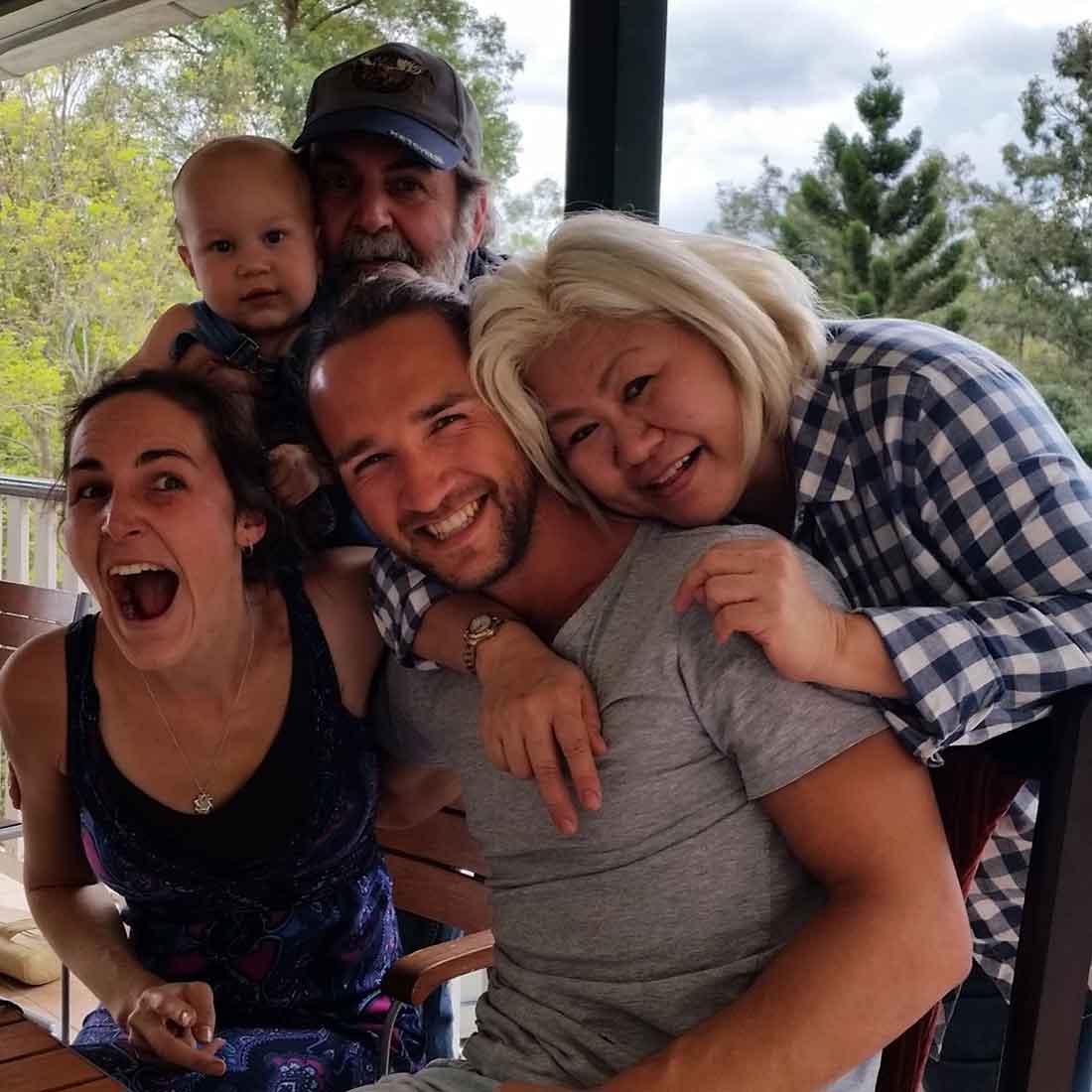 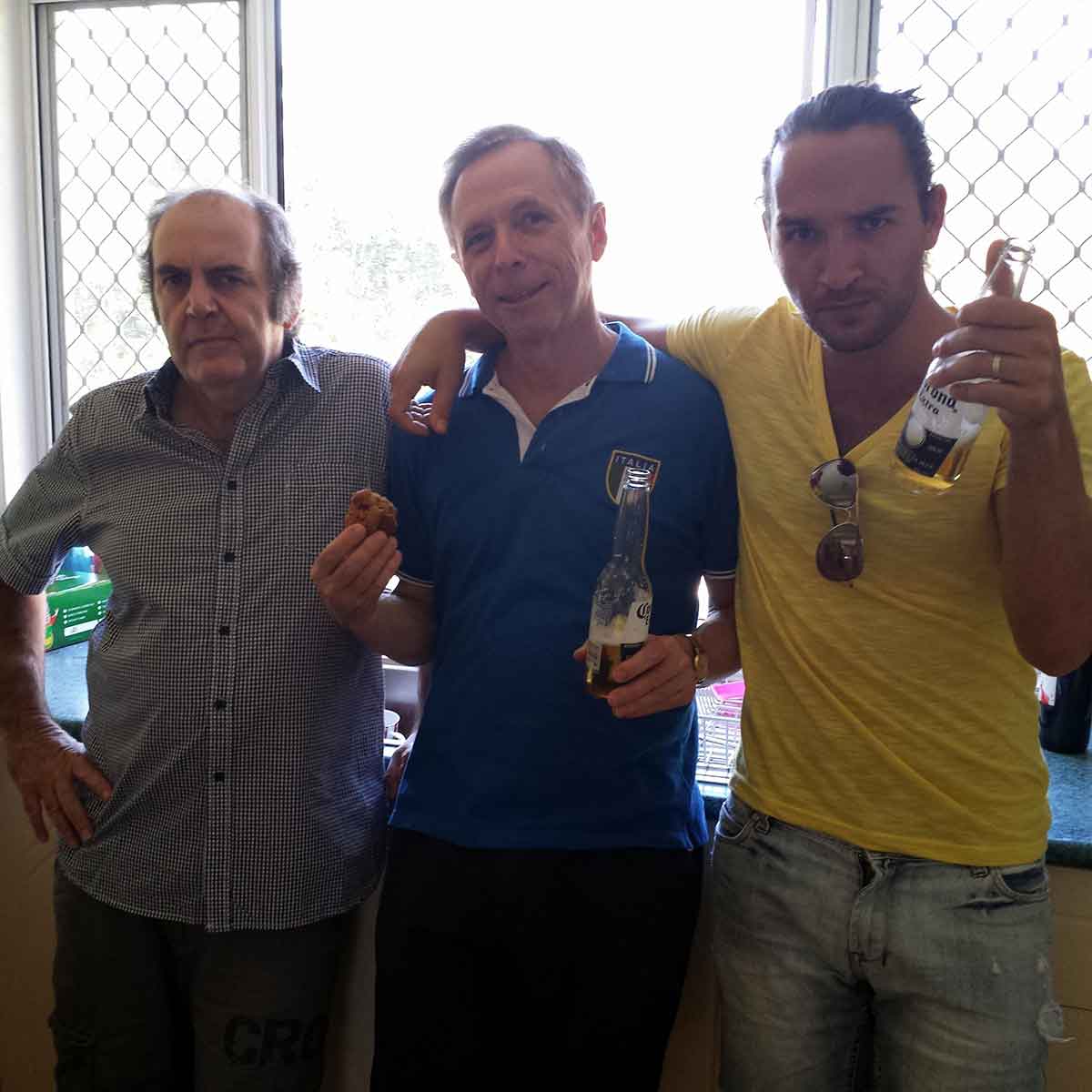 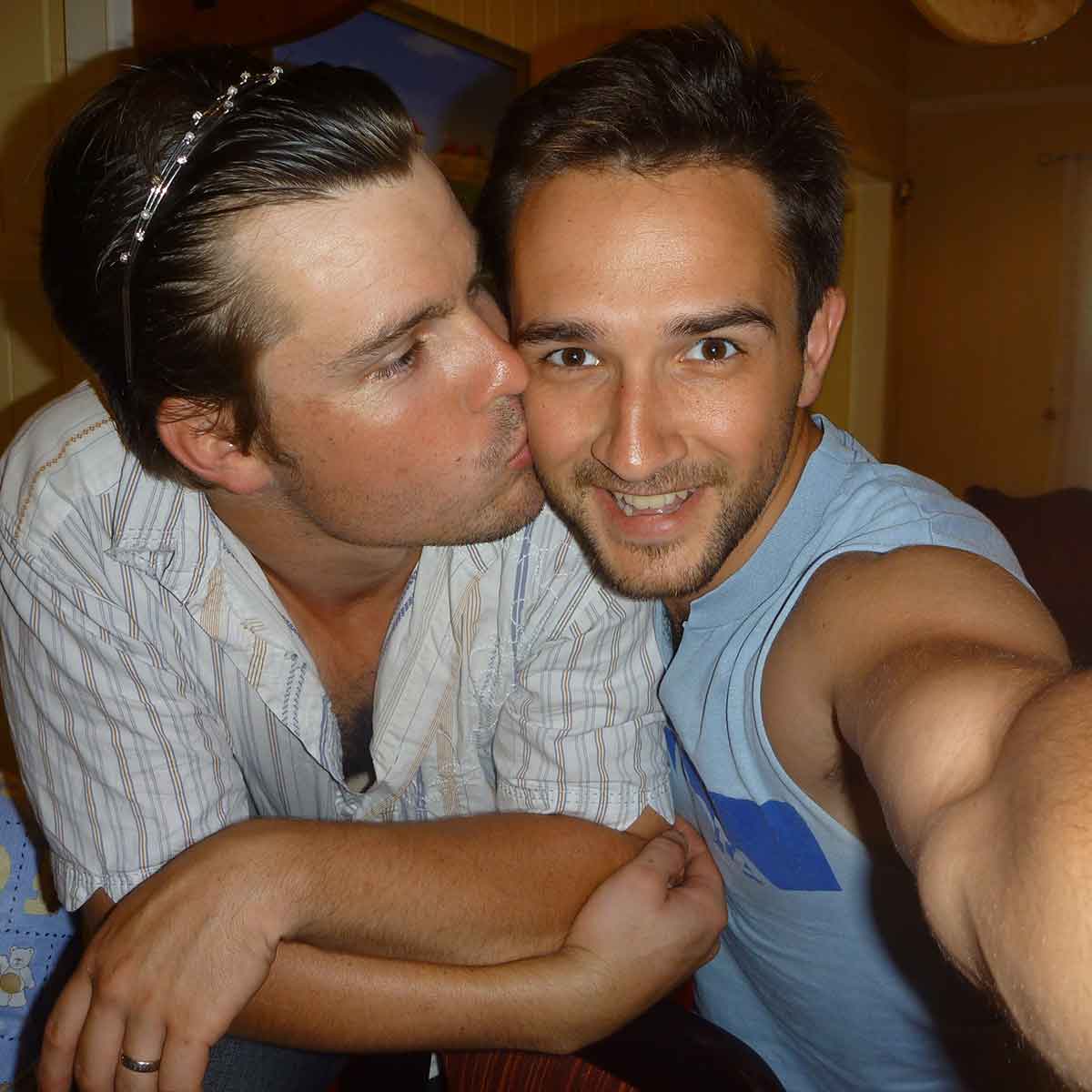 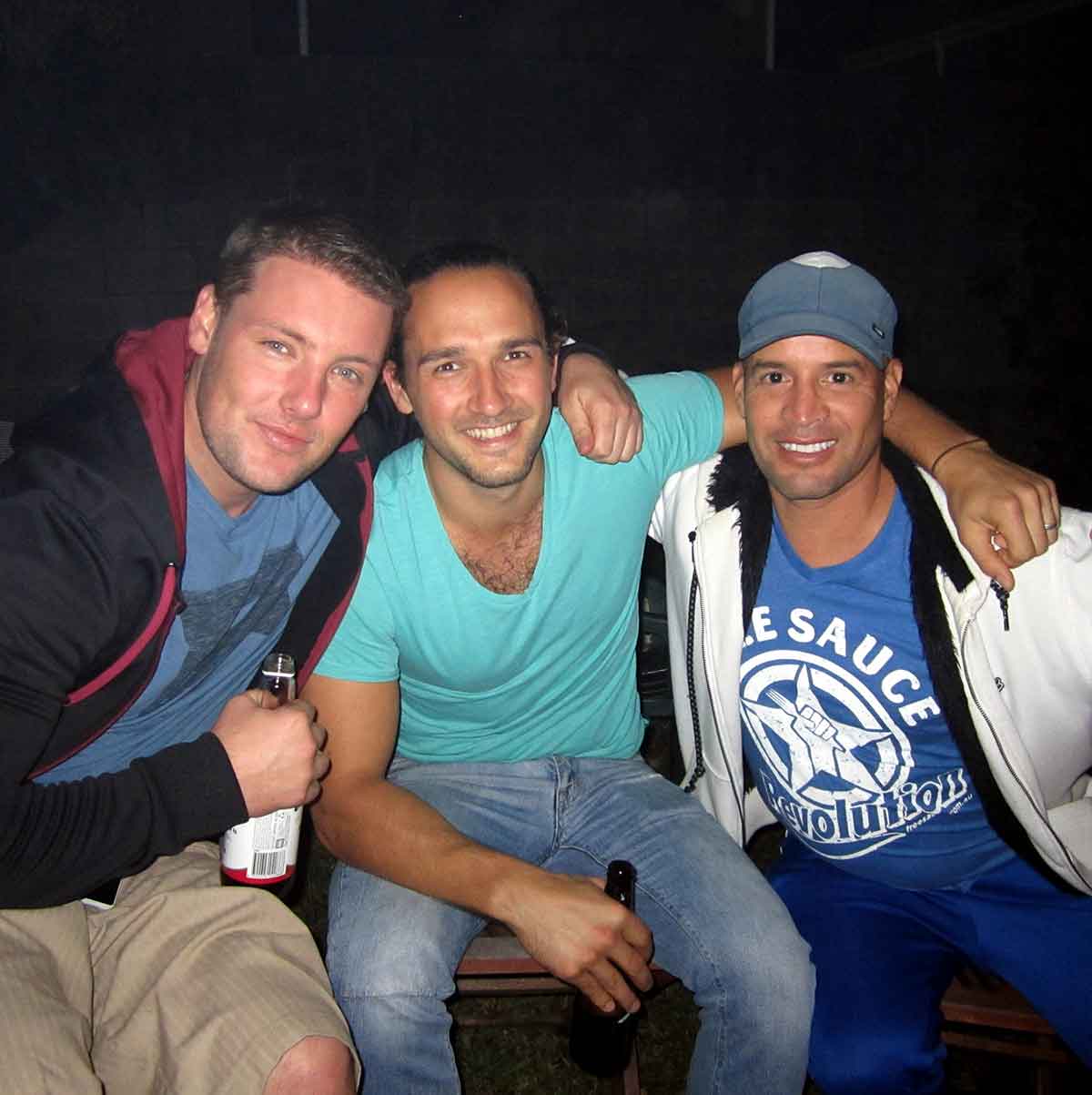 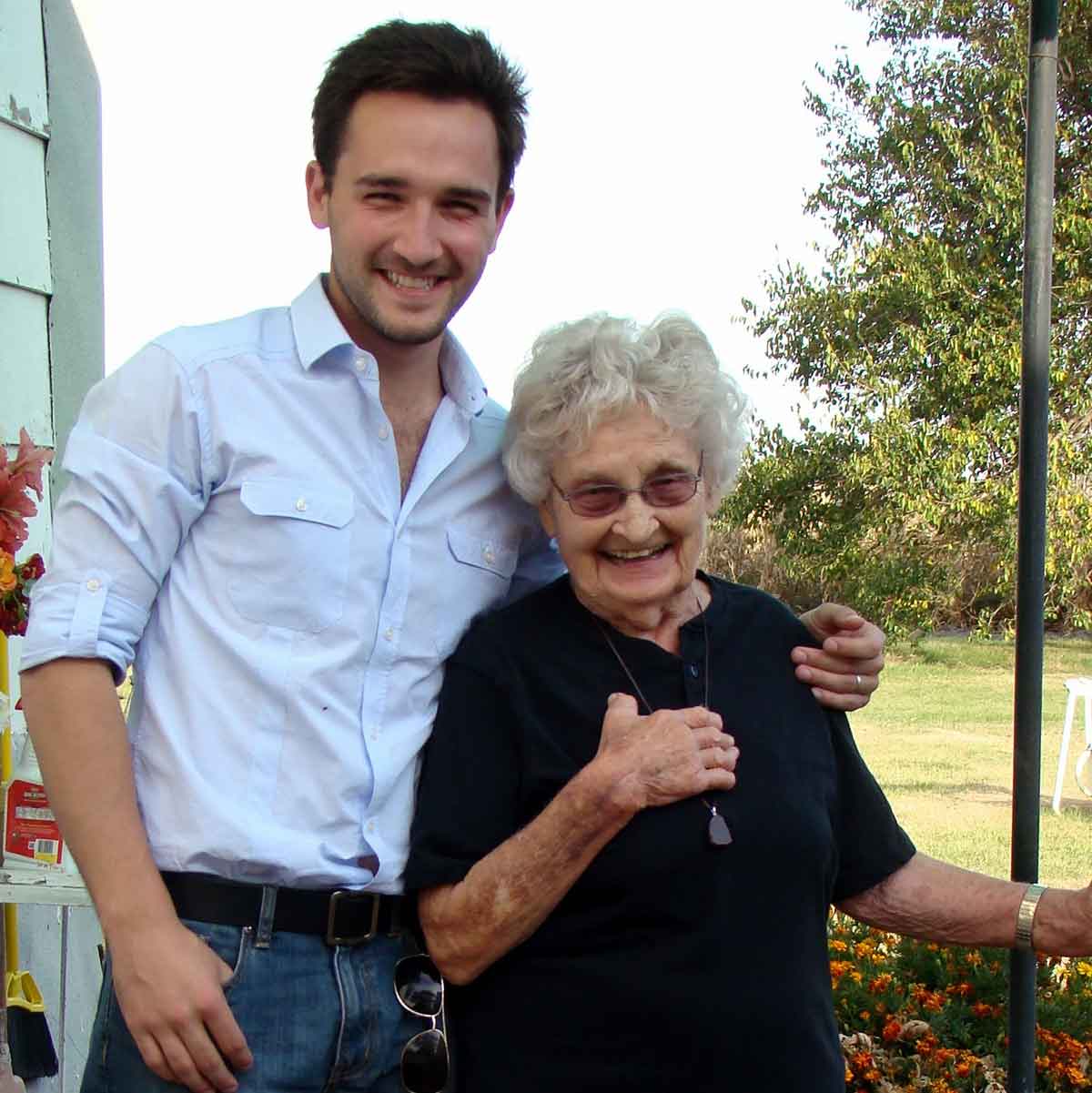 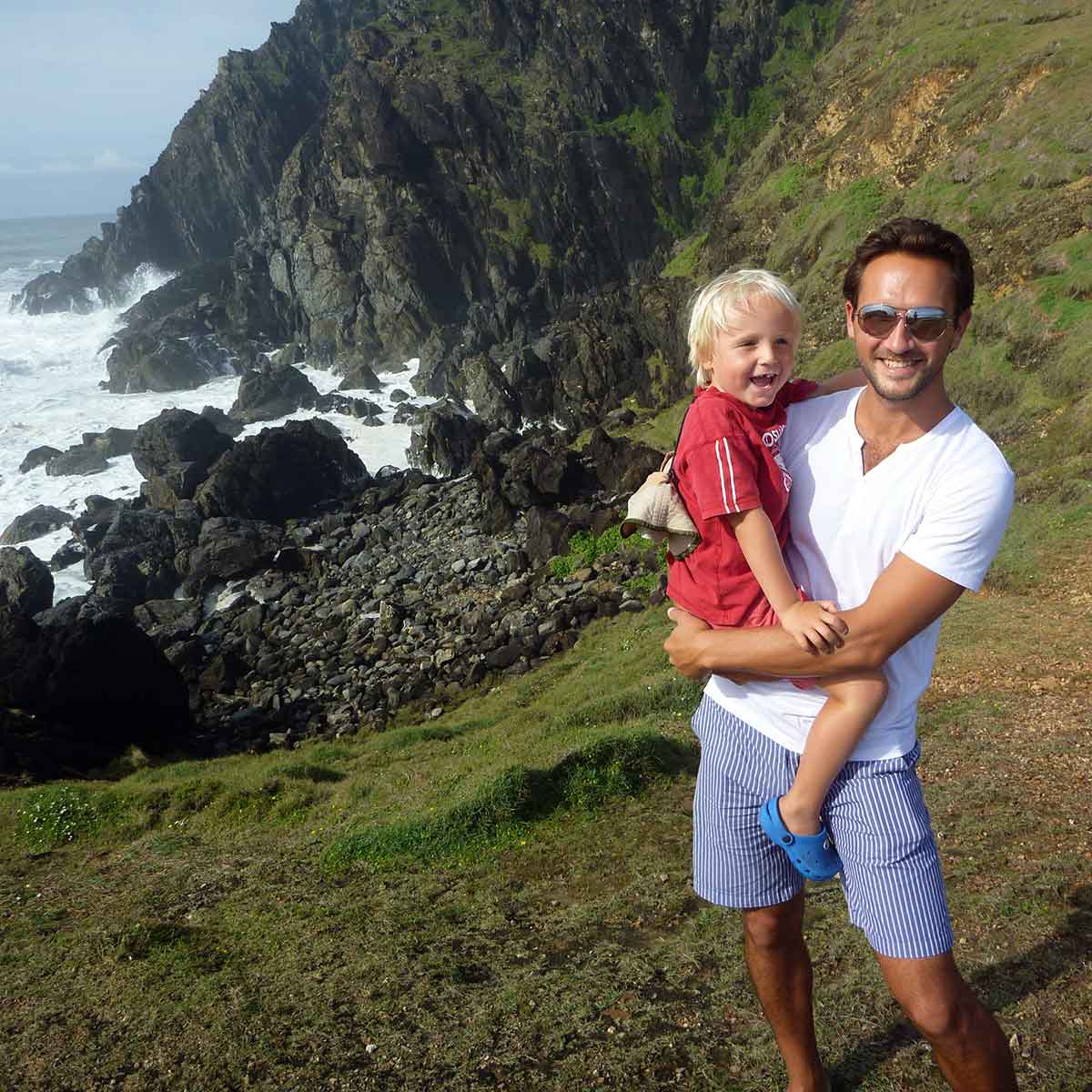 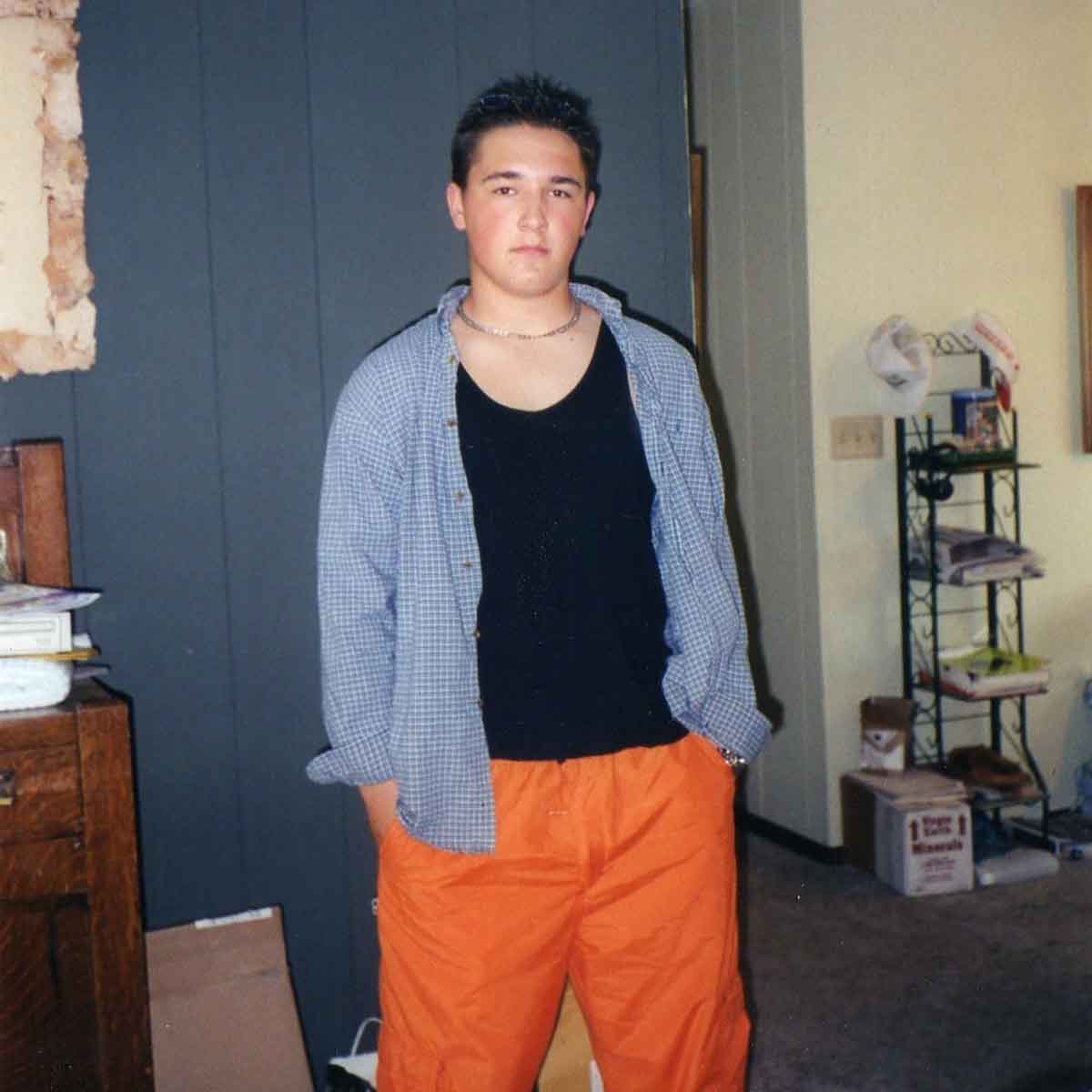 Danny is now Dressing His Truth after his make-over. 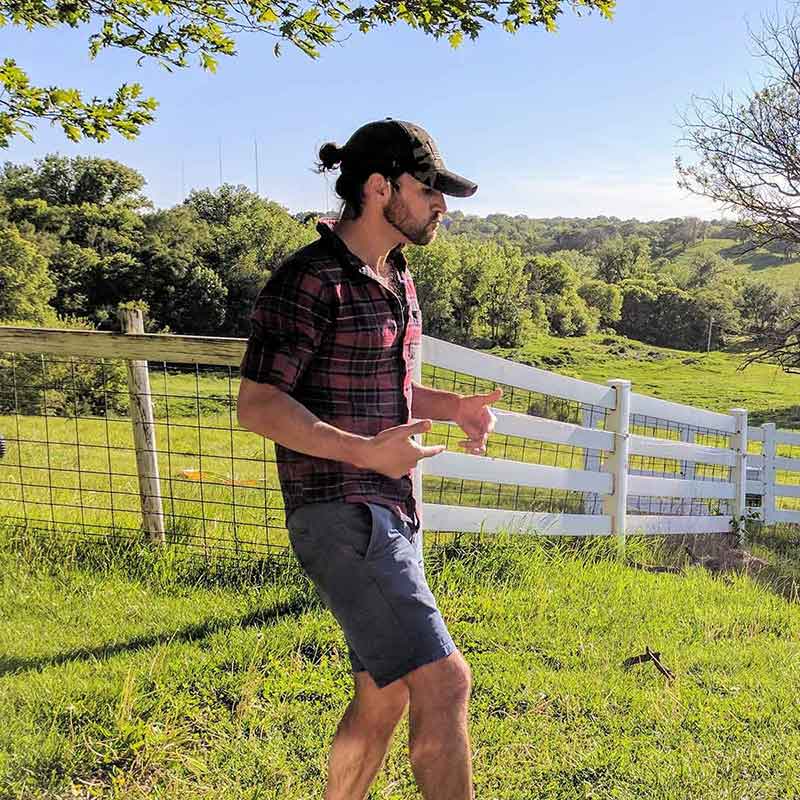 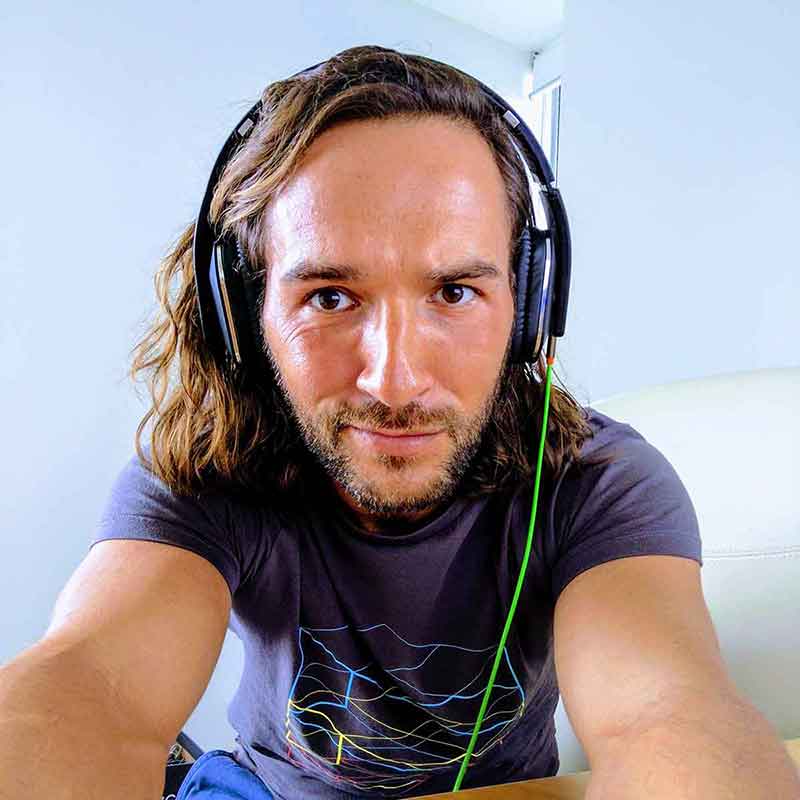 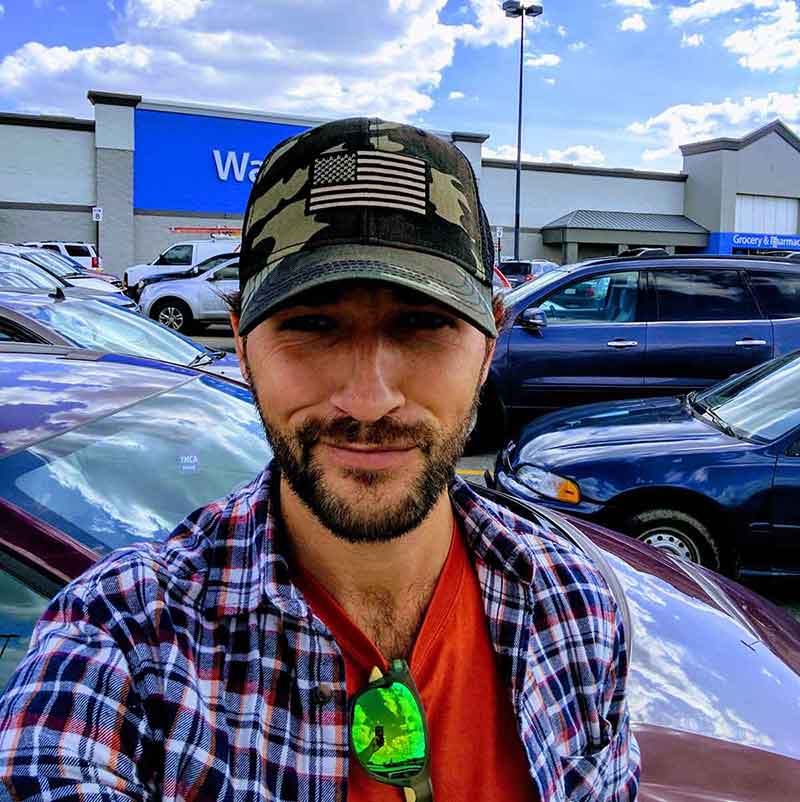 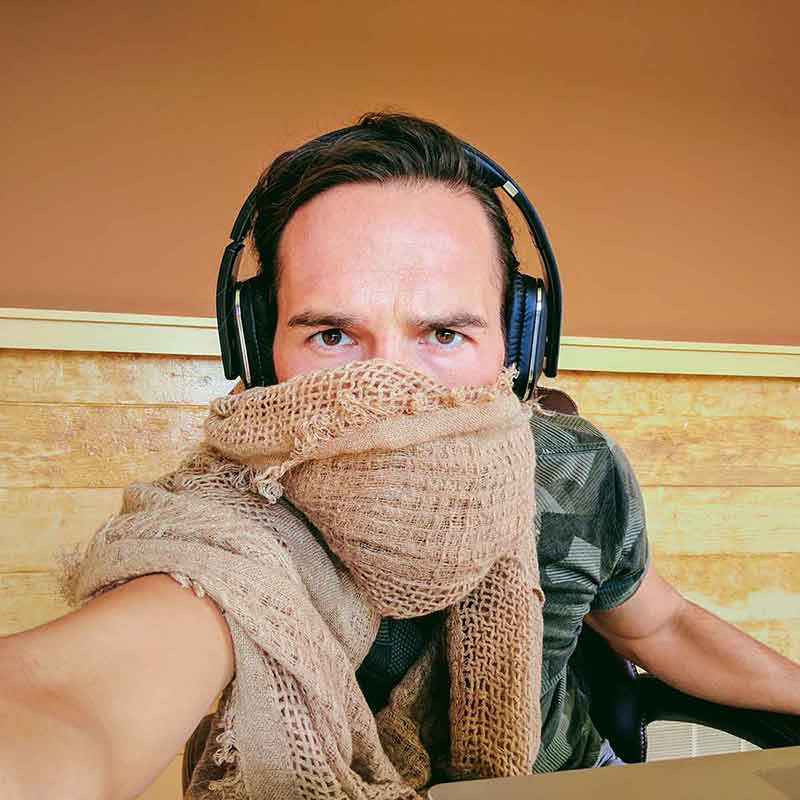 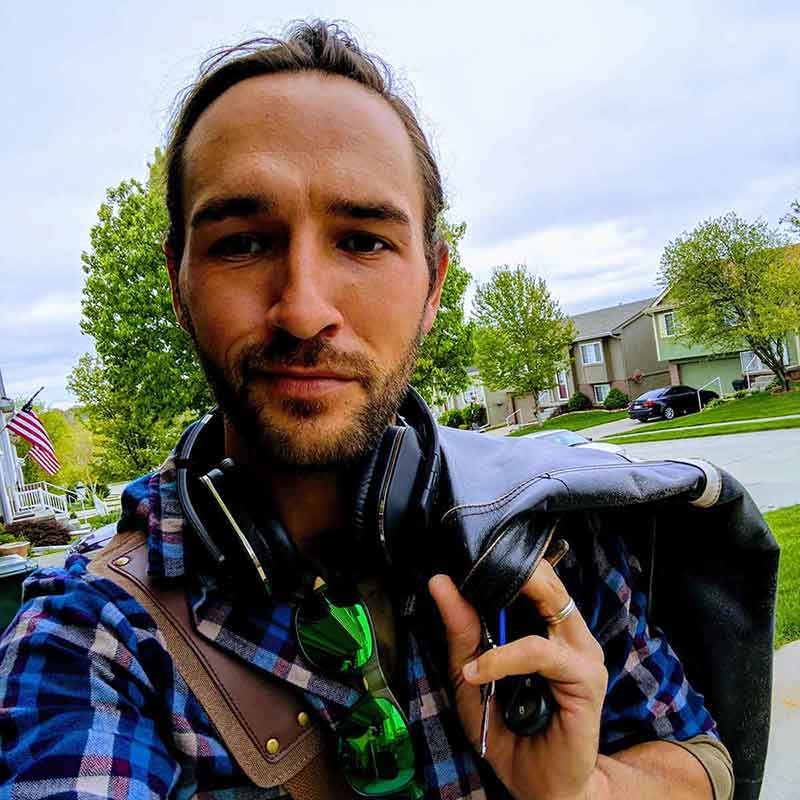 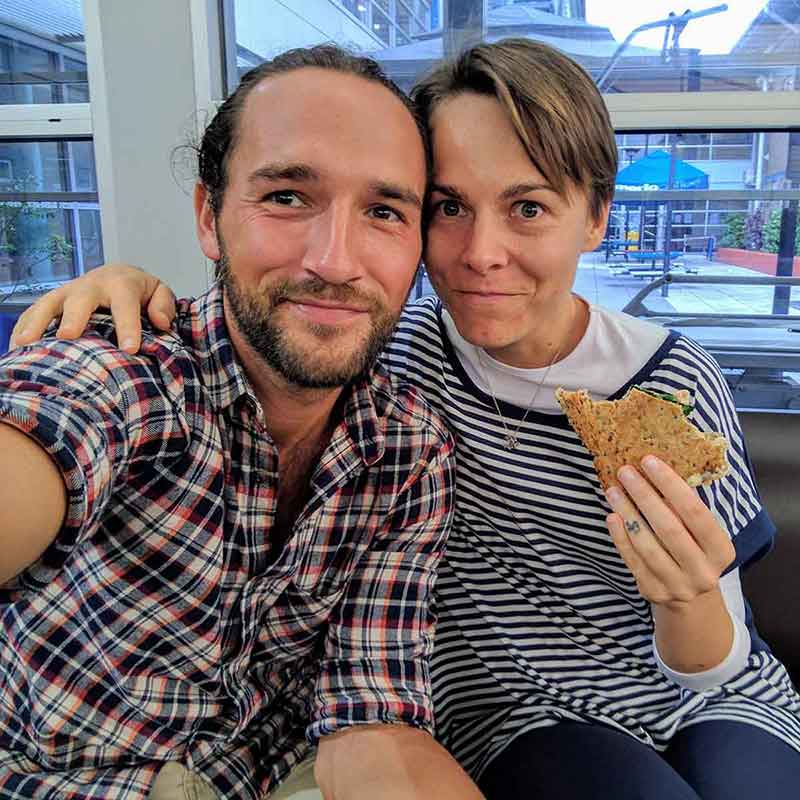 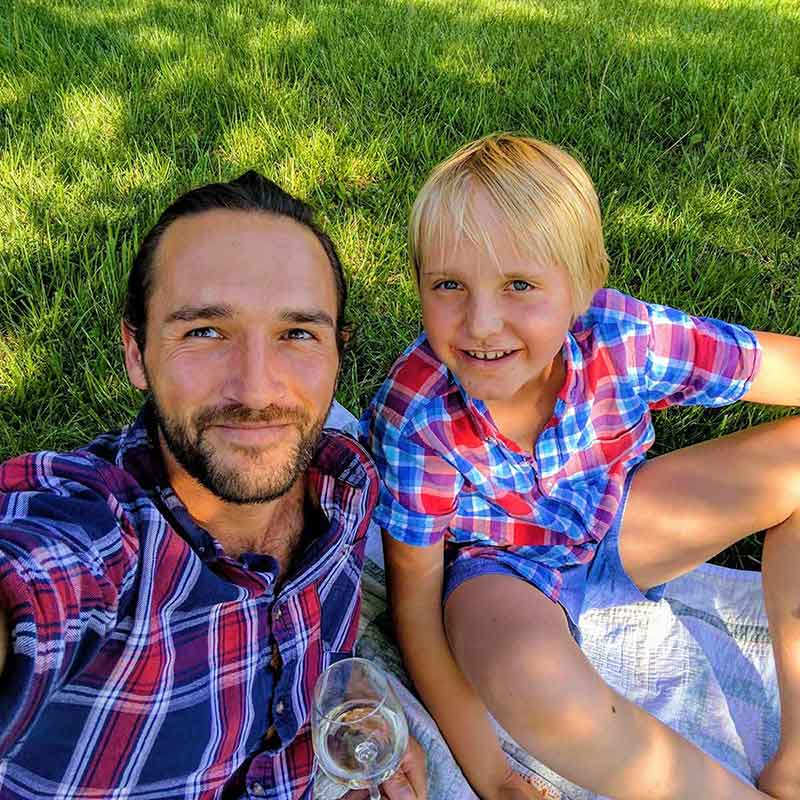 Tales of husbandfood, fatherhood and manhood in this crazy, mixed up world of ours. I hope you get something out of each one, so that hopefully we can un-mix and un-crazy the world together. 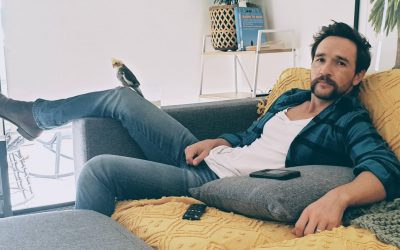 I really couldn’t understand why my mother-in-law was sobbing.

I thought I was being abundantly clear. Which was frustrating the heck out of me because I really can’t stand it when women cry. (I really don’t like it when anyone cries, to be honest. It’s super awkward. For this reason my wife has determined me to be mildly autistic.) All I told her was that every decision she’d ever made in life was probably the wrong one.